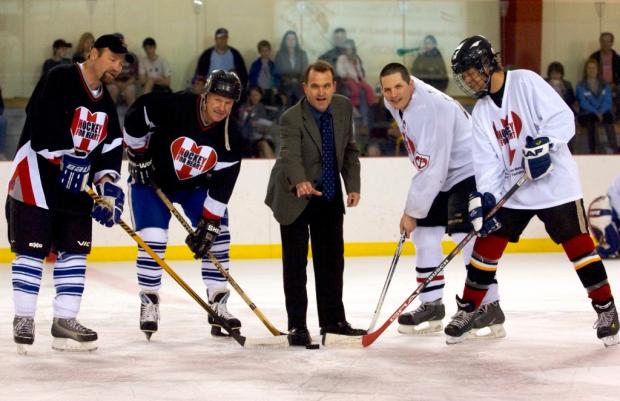 One of the best players I’ve ever played with what a fellow named Scott Graham. He was in his 40s at the time and worked in advertising, but in his hockey past he had played pro in Europe.

He organized a weekly high-end shinny game that I’d play in, until, one game he had a heart attack on the ice and passed away. For his sake I’ve done a couple things over the years, the first being to get my basic first-aid certification — because when I saw him lying there, slumped over the bench, I had no idea what to do — and secondly, to occasionally bring my team the Hack HC to participate in the Hockey For Heart charity tournament series.

Our team’s never really done well at these tournaments, but that’s not the point. The money made at the tournaments goes to funding the placement of defibrillators in arenas and community centres, and for heart disease research via the Heart & Stroke Foundation.

Relatedly, I recently wrote about Hockey For Heart’s founder Rob Weir for the good deeds publication, Samaritan Mag. It talks about Weir’s own tragic story and how he used that event to start doing good.